The hill of whiteness you saw the hills of the Sierra Tejada-Almijara came back in the thirteenth century as one of the most important populations of the Arab presence in our province. From then until now, Canillas de Albaida has developed as one of the most important towns in the Axarquía in the production of raisins, but also in recent years stands out the tourist potential of its environment thanks to the qualities of the Natural Park Sierra Tejada-Almijara.

Canillas de Albaida is characterized in Arabic dial emphasis is felt in its narrow, winding and steep streets. Stressing the whiteness of their homes contrast with the green surroundings. On the outskirts of town also we find some attractions such as the Roman Bridge, Slopes, The mill, etc., to enjoy nature are. 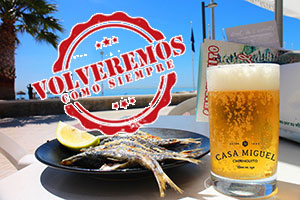