The Axarquia, one of the most traditional of Andalusia with 1025 square kilometers, is located east of the province of Malaga, bordered to the north and northeast to the west and east Granada Costa Tropical.

Territory Arab past, as reflected in its name comes from the Arabic Charkiya, meaning «lift», in fact in the sixteenth and eighteenth centuries and appeared in cartographic documents as an Islamic constituency. Their natural identity is the main reason for this delimitation, between the sea and the Sierra de Alhama.

The capital of the region is Velez-Malaga, mainly due to the weight of its population. Following this order the Axarquía is also formed by the following municipalities: Nerja, Torrox, Algarrobo, Periana, Colmenar, Comares, Competa, Benamocarra, Riogordo, Frigiliana, Canillas de Aceituno, Almáchar, Alcaucín, Benamargosa, Alfarnate, Comares Viñuela , Sayalonga, Arenas, Moclinejo, El Borge, Iznate, Canillas de Albaida, Cútar, Sedella, Alfarnatejo, Macharaviaya, Árchez and Salares. If there is something remarkable in the Axarquía region is the predominance of the sea and the mountains, to the point that its environmental diversity gives rise to a great variety of landscapes featuring the mild climate of the coast and the own ends of the mountain landscapes, with peaks as La Maroma (2,080 m), the largest in the province of Malaga, Vilo (1,412 m), Gallo (1,356 m), Chamizo (1,637 m), bell Wedge (1,222 m), among others.

Sierras de Tejeda, Almijara and Alhama set the upper limit and its slopes are divided the different peoples of the region to reach the coast. These lands are crossed by the river Velez, largely tributary streams, and other smaller streams discharged directly into the sea after a short trip.

The only reservoir of the region is La Viñuela, the largest in the province of Malaga, located in the municipality of the same name, and is the dam of the River Guaro, a tributary of the River Vélez. Man over this territory comes from prehistoric times, as can be seen mainly in the Cueva de Nerja both for its grandeur and for its cave paintings.

Phoenician also left their mark, Carthaginians, Greeks, Romans and Arabs. In medieval times many monuments remain, counting even with a Mudejar route, where we can find ponds, to the fortress of Bentomiz, ancient fortress. In the sixteenth century the region going into Christian hands, being at that time many of the churches, also with Moorish representations, such as Santa Catalina.

The beauty of the region is also presented in the countryside and especially urban, with people enjabelgados, narrow streets, twisted, small squares and ramparts; with a variety of monuments, fortresses, castles like Zalía, walls and doors as Antequera and Real de la Villa in Velez-Malaga, remains of mosques and minarets as Árchez, Mudejar churches and coffered ceilings.

On the coast, the Axarquía is a landscape of cliffs and coves, of frontiles and watchtowers, beaches and gardens, tradition and tourism. One of the most interesting places are the cliffs of Maro-Cerro Gordo. The Axarquía economy is largely agrarian, with little mechanization, maintaining traditional activities such as cultivation goes. It also has special importance the olive, whose holding is uncompetitive by the rustic character of their production, although it has high levels of quality. Recently, new techniques have been introduced greenhouse with contrasting agro-ecological initiatives that are based on the least developed character of agriculture.

This contrast is reflected in the production of tropical products such as avocados and kiwis, but also of common vegetables in our market, which are attached to a major agribusiness. 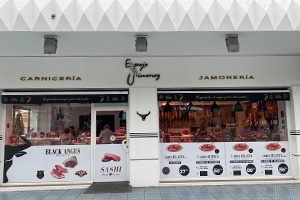